In the absence of federal action, state initiatives to improve retirement security for uncovered workers have rapidly gained steam over the past five years. Indeed, more than half of states are either implementing programs, actively introducing legislation, or exploring options (see Figure 1).

The programs that states are currently implementing can be categorized based on the type of retirement accounts involved and on whether they include a mandate that requires employers to auto-enroll workers who are not covered by a retirement plan at work (see Table 1).

So far, Auto-IRAs have been the most popular option, with six states in the process of implementing mandatory auto-IRAs and another two that have passed legislation establishing voluntary ones.

Another two states are setting up multiple employer 401(k) plans, and one has implemented a retirement plan marketplace.

As of June 30, 2020, nine states have active bills that would establish a state-sponsored retirement saving program for uncovered workers (see Table 2). 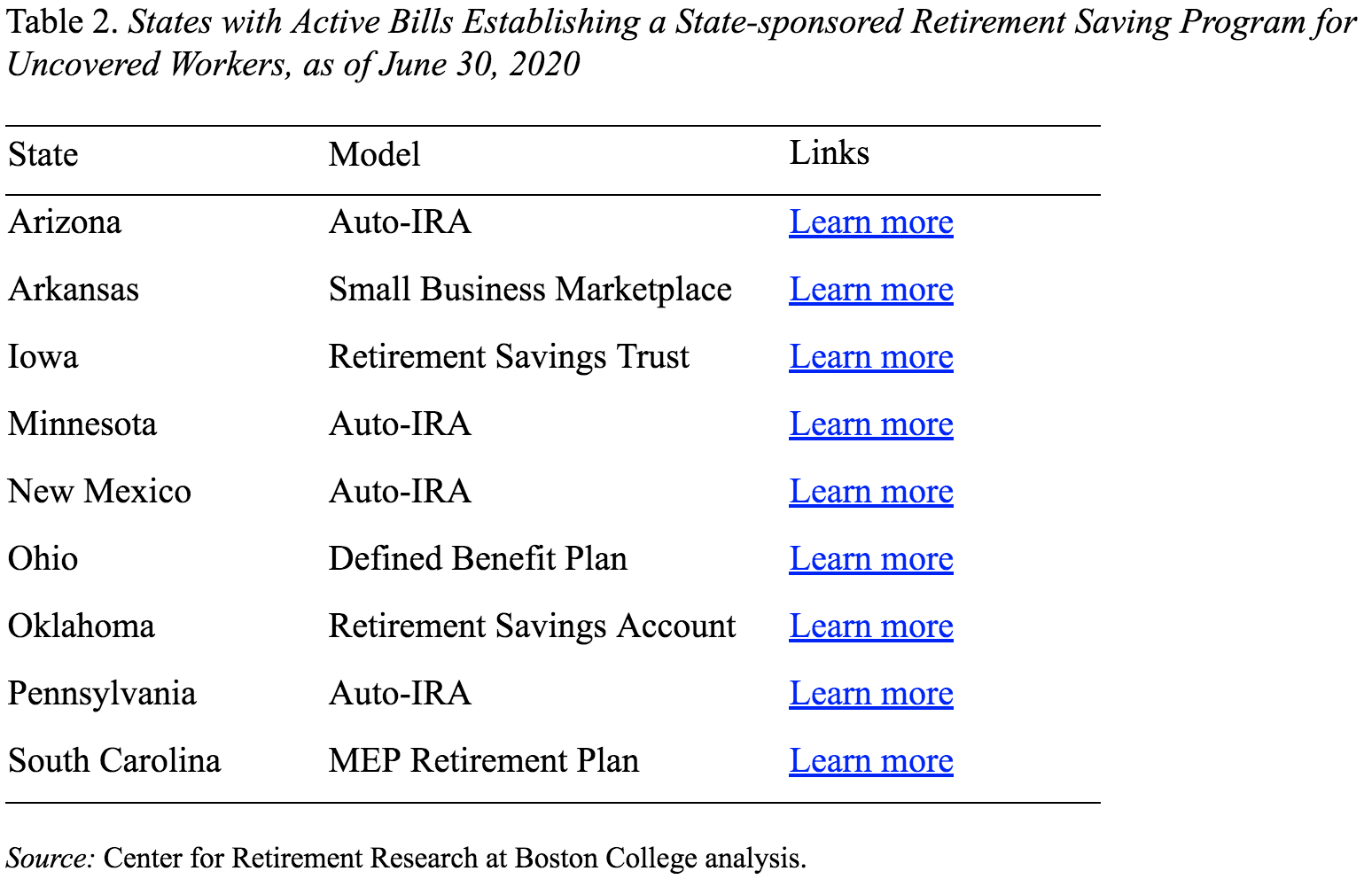 At least five states are currently studying options to close the coverage gap. For an example of the types of reports prepared for this purpose, see Colorado’s recently completed study and Table 3.

E-mail us at: crr@bc.edu

Any cookies that may not be particularly necessary for the website to function and is used specifically to collect user personal data via analytics, ads, other embedded contents are termed as non-necessary cookies. It is mandatory to procure user consent prior to running these cookies on your website.